With his promoter ready to bring the sport back to the American viewing public, Andy Vences is eager to be a part of the movement.

Unfortunately, the offers he has willingly accepted weren’t quite as embraced by the other side.

The 130-pound contender from San Jose, California didn’t hesitate to say yes when approached by his handlers for a showdown with reigning junior lightweight titlist Jamel Herring (21-2, 10KOs). The offer was to fight on or around Independence Day, roughly one month into present plans for Top Rank Inc.—whom promotes both Herring and Vences—to stage closed-doors events in Las Vegas. Such a fight will serve as the first major title fight on U.S. soil since Roman Gonzalez turned back the clock to unseat 115-pound titlist Khalid Yafai on February 29 in Frisco, Texas. 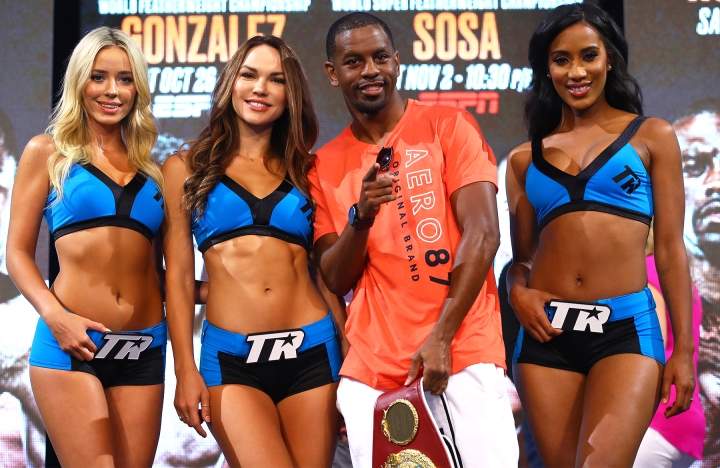 That much will remain true for Herring, though a grudge match with his longtime heated rival isn’t likely in the cards. An opponent is still being sought, although the name that has come to surface as a leading candidate is Puerto Rico’s Jonathan Oquendo (31-6, 19KOs).

“I understand the business move behind it,” Vences (23-1, 12KOs) admitted to BoxingScene.com. “They are trying to navigate [Herring] towards a tune-up fight to preserve his showdown with [former two-division champion Carl] Frampton. Still, it was disappointing when I found out they weren’t interested after we were asked. My manager, Peter Kahn called me the moment Top Rank asked him if I would be interested.

“So, to have Peter then let me know that Herring doesn’t want to move forward with the fight was a letdown. Jamel is an extraordinary fighter and a great champion, which makes it disappointing that he won’t fight me. He’s a U.S. Marine, a hero—you can’t expect a great champion like that to sell themselves on a fight like that with a 36-year old with six losses who who—no disrespect to him, but he doesn’t belong in a fight like this, not the first (title) fight coming out of COVID-19.”

Vences rebounded from the lone loss of his career—a heartbreaking 10-round decision defeat to unbeaten Albert Bell (16-0, 5KOs) last June—with a 10-round decision over Mark Bernaldez last October. The win came two weeks prior to the first title defense for Herring, a 12-round victory over undefeated mandatory challenger Lamont Roach Jr. last November.

Earlier in the year, Herring and Vences found themselves embroiled in a lengthy feud both online and very much so in person. Vences—who turns 29 later this month—acknowledges that suffering a loss set back his chances at the time of a head-on collision, but figured himself to be in a prime position to renew the rivalry and is currently training to stay ready for any opportunity.

For now, it appears that personal reasons beyond his control—Vences and his team suggest spite as the motive—will deny him what could be a one-time chance.

“I don’t get it. You’d think with the history between us, it would only make the fight that much bigger,” Vences notes. “Look at [lightweight contenders] Ryan Garcia and Jorge Linares—they’re going back and forth on Twitter, and everyone’s getting more hype for that fight when it happens. I’ve never seen a Twitter beef stand in the way of making a fight, but what can you do?”

The answer, according to his team, is a lot more than what’s presently being done.

“I find it bush league that a key member of his team is using the excuse of a Twitter beef, as a reason as to why he can’t defend his world title against Andy Vences,” Kahn insisted to BoxingScene.com. “The last time I checked, fighters that have animosity towards each other is a reason to fight and sells well.

“At this point, I thought all of that was cleared up and no longer part of the equation. Jamel is a class act and a great champion and we were hoping to have gotten that opportunity.”

While Herring’s next date is still being finalized, Vences and his team are prepared to look elsewhere for their next opportunity.

“I know I’m at the point where I have to accept whatever fight [Top Rank] offers us,” Vences notes. “That’s fine, because I don’t turn down any fights. If we can’t get Herring—look, my team knows that no opponent is off limits.”

TRINIDAD VARGAS WAS BORN TO BOX
Scroll to top